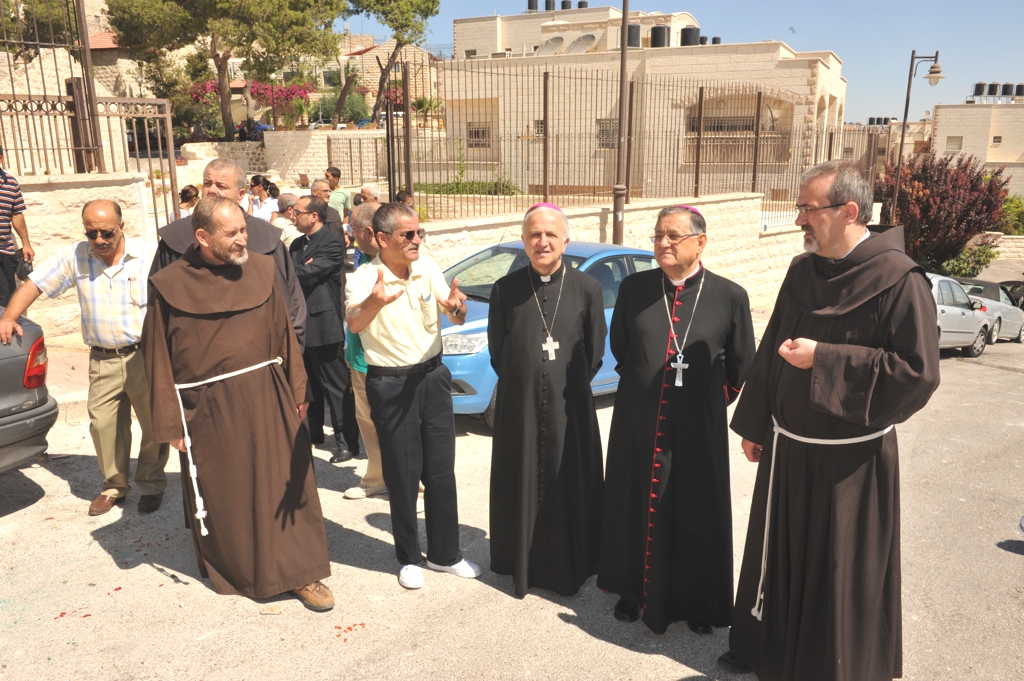 The Latin Patriarch of Jerusalem, His Beatitude Fuad Twal, the Custos of the Holy Land, Fra Pierbattista Pizzaballa, His Excellency William Shomali, Friars and priests went this morning to the site of the housing project in Bethpage, in Jerusalem, together with thecommittee of the project, as a gesture of solidarity and condemnation of the violence caused by youth of the area, which resulted in damage to buildings, cars and injury to persons on Monday evening.

After listening to the pain and sorrow of the families living in the neighbourhood, the Patriarch and Custos strongly condemned these acts, calling on residents to remain calm, while taking on initiatives to solve the phenomenon: “We live together, work together…” they said to those present.
This housing project was build by the Franciscan Custody of the Holy Land to assist the Christian families of Jerusalem, and dates back two years.

It was an appeal to all religious leaders to intervene so that this episode might instead turn into a moment of reconciliation and co-existence between the parties.