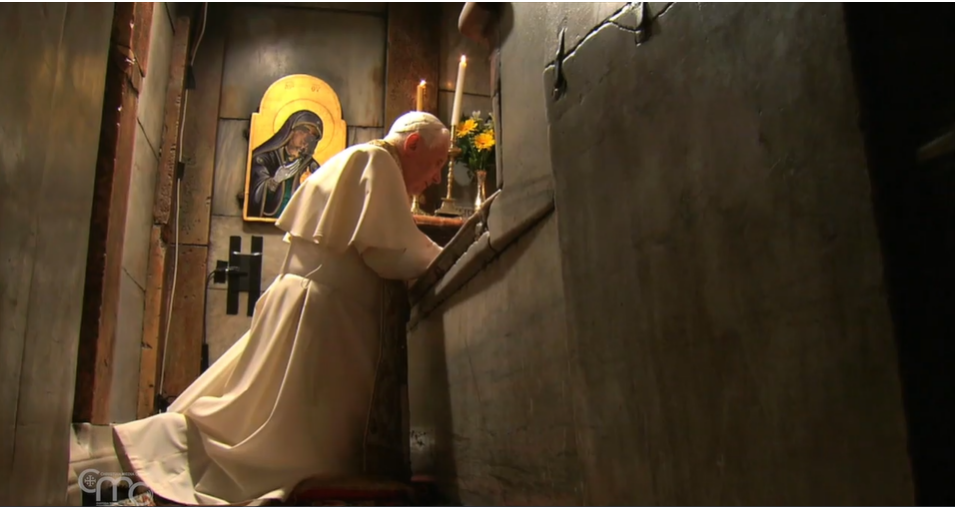 In Jerusalem, too, the New Year opened with the remembrance of Pope Emeritus Benedict XVI. At the beginning of the Mass on the Solemnity of Mary Mother of God in the Latin Patriarchate Church, H. B. Pierbattista Pizzaballa stressed the special bond between the pope and the Holy Land. The bond that was particularly sanctioned by the 2009 pilgrimage-trip and, the following year, by the special assembly for the Middle East of the Synod of Bishops, on which he announced a special reflection.

The Mass was presided over by the patriarch, along with several Catholic bishops and religious authorities from the Holy Land, including Msgr. Adolfo Tito Yllana, apostolic nuncio to Israel and Cyprus and apostolic delegate for Jerusalem and Palestine, and Brother Francesco Patton, Custos of the Holy Land. On the day when the World Day for Peace, desired by Paul VI, is also celebrated, the patriarch stressed the responsibility of everyone to be a peacemaker and builder.

After the celebration, on the upper floor of the patriarchate the traditional exchange of New Year's greetings: the faithful were able to greet the patriarch and the church authorities present.

Brother Francesco Patton, Custos of the Holy Land, also wished to address a special thought to Pope Benedict XVI. Although he was not yet in the Holy Land at the time of Pope Benedict's trip, Br. Patton stressed its value for the present of the Holy Land: "Putting Jesus Christ back at the center, in returning to unite what scholars of theology sometimes separate: the Christ of history and the Christ of faith. We guard the Holy Places and the Holy Places are those that document the historical reality of the mystery of the incarnation. What we try to guard is what Benedict XVI has offered us through his magisterium and also through those volumes that - as pontiff - he dedicated to the life of Jesus."

On this day, the prayer of the Church of the Holy Land rises to God for Pope Benedict, while the images of his presence in this Land still flow in the memory. 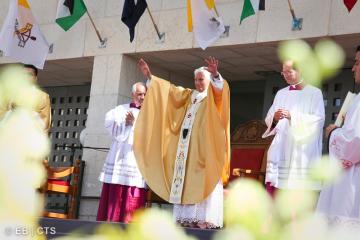 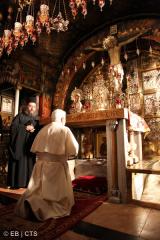 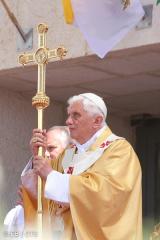 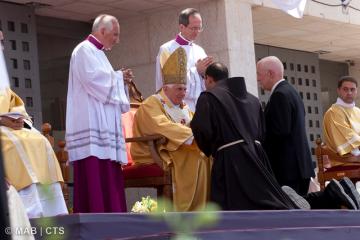 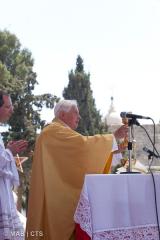 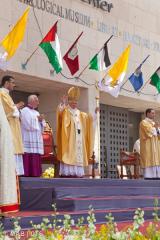 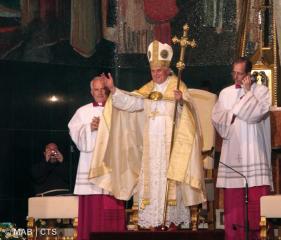 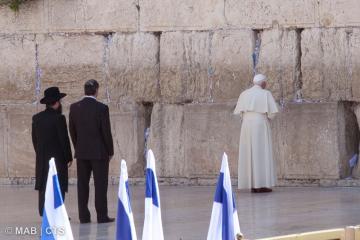 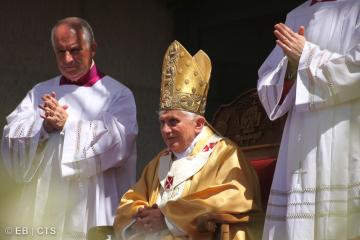 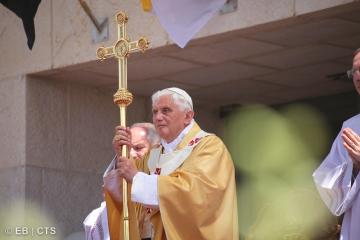 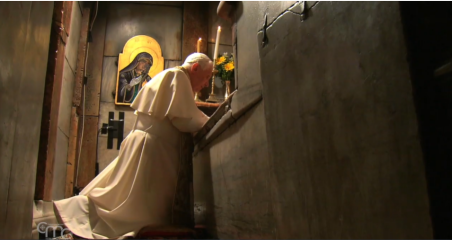