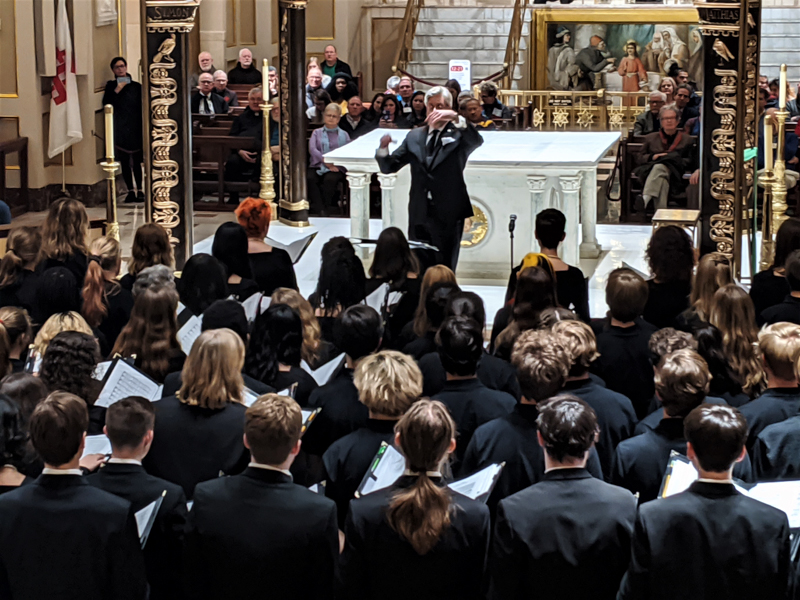 On Thursday, February 20, the Franciscan Monastery of the Holy Land in Washington, D.C., hosted a concert featuring two choirs: the Indian Springs School Concert Choir, from Indian Springs, Alabama; and the Camerata from the University of Maryland, Baltimore County (UMBC). The selections ranged from the sacred, such as AdoroTe Devote, and the secular, including the Irish classic, “Danny Boy.”The choirs performed individual selections and concluded the evening with a joint performance including pieces by Bach and Handel, from The Messiah.

The Indian Springs Choir was hailed by one reviewer as a “symbol of excellence." Led by Director of Choral Music, Andrew Dibble, its repertoire includes an extraordinary range of music, including major Baroque, Classical, Romantic, and 20th-century works; Broadway tunes; spirituals; arrangements of well-known pop hits; and traditional folk songs performed in up to 15 original languages.More than 100 students sing in the Concert Choir, which tours domestically each year. A third of those singers also take part in the Chamber Choir, which also tours internationally.

The UMBC Camerata is a large choral ensemble consisting of 50-70 auditioned singers from across the university and Central Maryland.The Camerata performs a wide variety of works drawn from the expansive choral repertoire: including Renaissance motets, folksongs, choral-orchestral works, German part songs, Russian sacred liturgies, American spirituals, and new works. It is led by Stephen Caracciolo, a choral conductor recognized for his passionate artistry, creative teaching, and is a nationally known composer and arranger whose choral works have been performed throughout the United States and Europe. 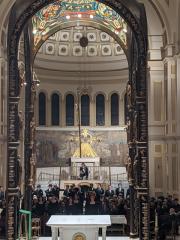 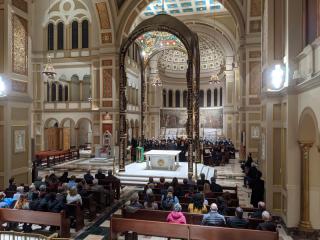 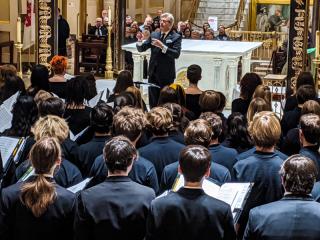 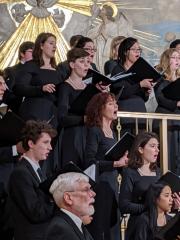 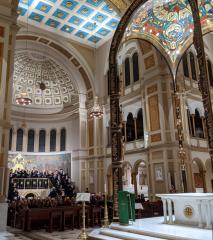 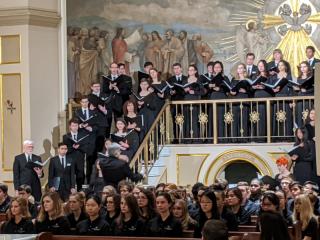