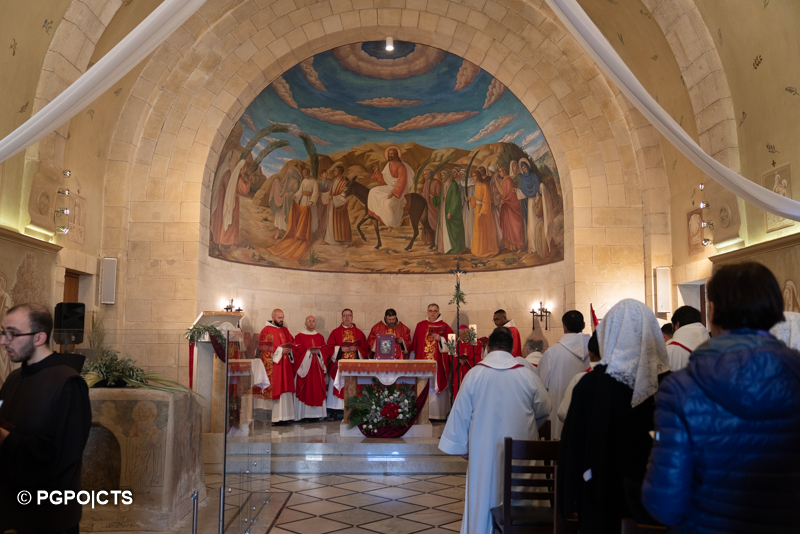 With Holy Week imminent, on Saturday 9 April, faithful to the consolidated tradition of the Jerusalem liturgies, the Franciscans of the Custody of the Holy Land went in pilgrimage to Bethphage, on the eastern side of the Mount of Olives, where FatherPiermarco Luciano, deputy master of Formation and Secretary of the next Custody Chapter, celebrated the Holy Mass of the shrine.

Here, as already in Byzantine times, a church has stood since 1883 whichguards the memory of two evangelical events: the meeting of Jesus with Martha and Mary (John 11, 20-30), just before reaching Bethany, a village not very far away, to recall their brother Lazarus from the tomb, wrenching him from death (John 11, 38-44),and the start of the triumphant entry of Jesus into Jerusalem amid the festive applause of the children and the crowd waving palm branches (Luke 19, 29-40).

Some paintings from Crusader times on the sides of a rock, discovered in 1870 and kept at the foot of the presbytery, narrate these facts and show the devotion of the Christians and pilgrims.

The evangelical text proclaimed fixed the attention of the assembly on Jesus who, mounting like a gentle king of peace on a foal, the offspring of a donkey, reached Jerusalem to offer his life of the salvation of humanity.

Don Carlo Giuseppe Adesso,in his homily, invited the faithful present to listen again to the rejoicing song of the crowd: “Blessed be he who comes, o king, in the name of the Lord. Peace in heaven and glory in the highest of heavens,” and he reread it as an echo of the song of the Angels in the night of the birth of Jesus: “Glory to God in the highest of heavens and peace on earth for men of goodwill.” The Incarnation and the solemn entry of Jesus  into Jerusalem have in common the same hymn of rejoicing, the same climate and the same profession of faith.

It is a song, continued Don Carlo, that we find in the liturgy of the Church:

“The Gloria and the Sanctus, the echo of the cry that flourished here in Bethphage, has remained in the Holy Mass in two crucial moments, two fundamental junctions.

The Gloria prepares the entrance of Christ, who subdues us with his Word (…) The Sanctustakes us into the heart of the Hoy Mass: the consecration.”

In the afternoon of Sunday 10 April, as the Superior of the community Father Silvio De la Fuente, recalled, the great procession of Palm Sunday and of the Passion of the Lord will once again start from Bethphage, imitating the ancient crowds of Jerusalem. 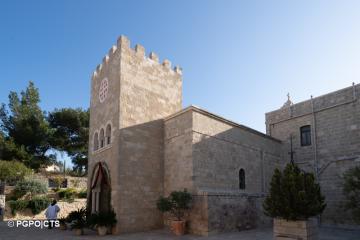 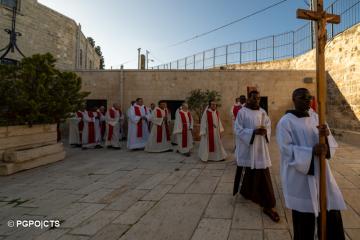 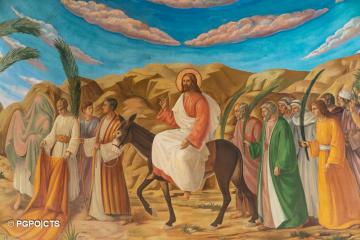 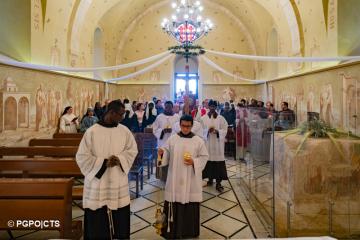 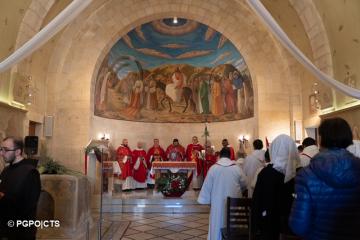 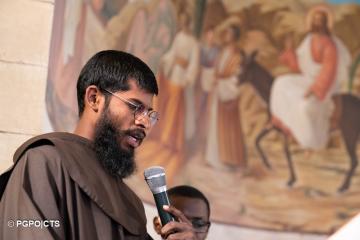 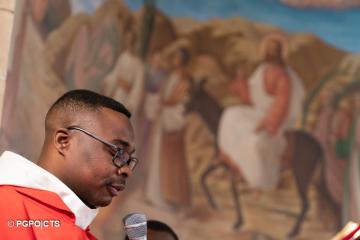 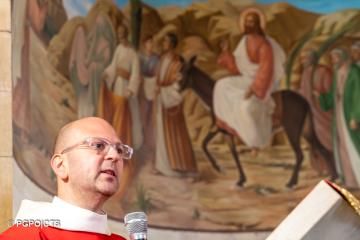 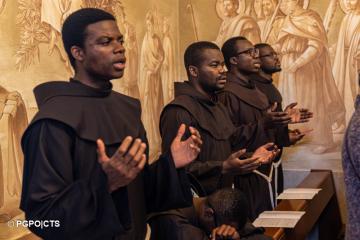 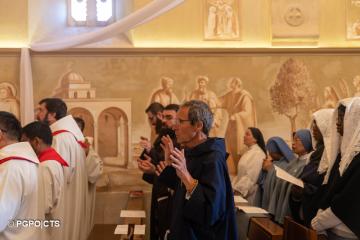 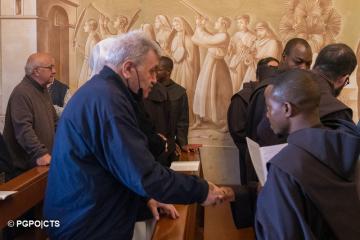 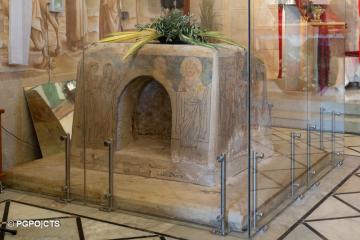