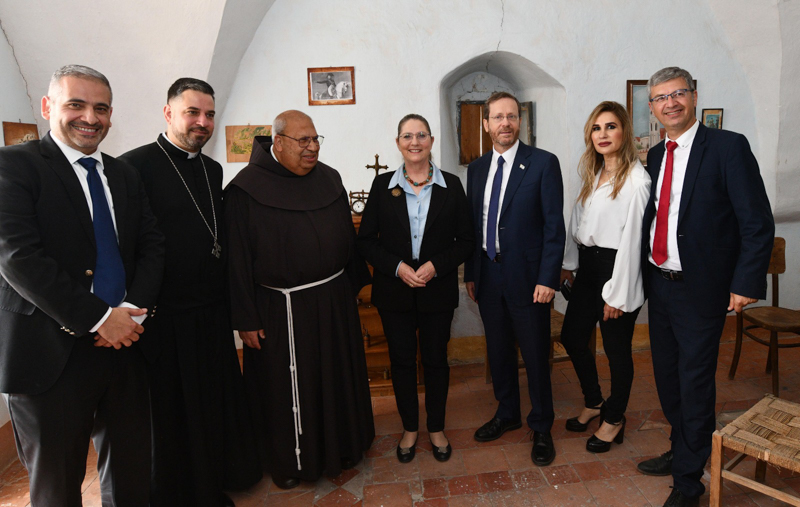 On Monday 16 May, the President of Israel, Isaac Herzog, visited the St Nicodemus convent in Ramla, meeting the parish community and the students at the school run by the Custody of the Holy Land.

Ramla, a city which is about twenty kilometres (twelve miles) from Jaffa and forty (twenty-four) from Jerusalem, boasts of a very ancient Franciscan presence, dating back to the thirteenth century.Of its 76,000 inhabitants, in addition to the Jewish majority, there are four thousand Christians and  sixteen thousand Muslims. This makes it a very important meeting-place of people of different cultures and religious traditions, as well as a city-laboratory of coexistence and integration.

President Herzog and his wife, accompanied by the Mayor of the city Michael Videl, were received by Fr. Abdel Masih Fahim, ofm, head of the Terra Sancta School of Jaffa and head of the school of Ramla. In receiving the President’s delegation, Father Fahim stated that the name of the present Head of State will be added to the list of famous visitors of the convent, joiningillustrious names such as Napoleon Bonaparte and Shimon Peres.

The Franciscan Father then referred to the characteristic intercultural mosaic represented by the citizens, to show how each member of the community, in their diversity, is a piece which contributes to make the image of the city more beautiful and more complex; to continue this way, however, “it will be necessary to give more and more importance to education and coexistence, which are values we work on tirelessly in the Terra Sancta Schools, fostering education on peace and renouncing violence." In this regard, Father Fahim did not fail to point out the role of the Franciscan Order in teaching and transmitting high human values to the numerous generations that have succeeded one another over the centuries in this place.

Greeting all those present, President Herzog replied stating his deep commitment to the well-being of the Christian citizens and all the minorities in the Holy Land. He expressed visible joy for the richness of the city’s “mosaic”, indicating in the Christian presence a fine stone in the urban mosaic. The President said, before the students, the head teachers and the school staff, that the Christian schools are among the best educational institutes in the country, praising the quality of their educational offer.

The Head of State was then taken on a visit to the different parts of the convent, receiving an explanation of the history of the Franciscan presence in Ramla and on the life of the patron saints of the convent, St Nicodemus and St Joseph of Arimathea. 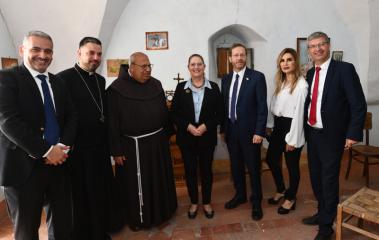 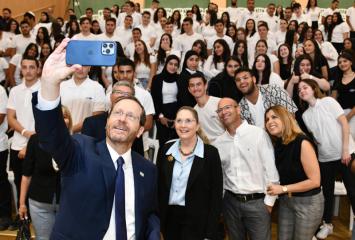 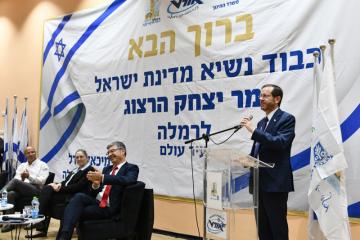 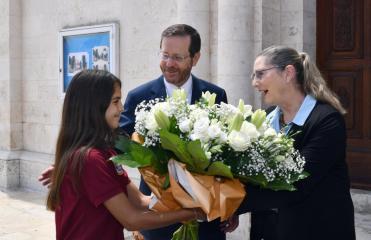 Cana of Galilee: work in progress for the new Holy Land School

From Helen Keller to the Terra Sancta School in Jerusalem: time for diplomas